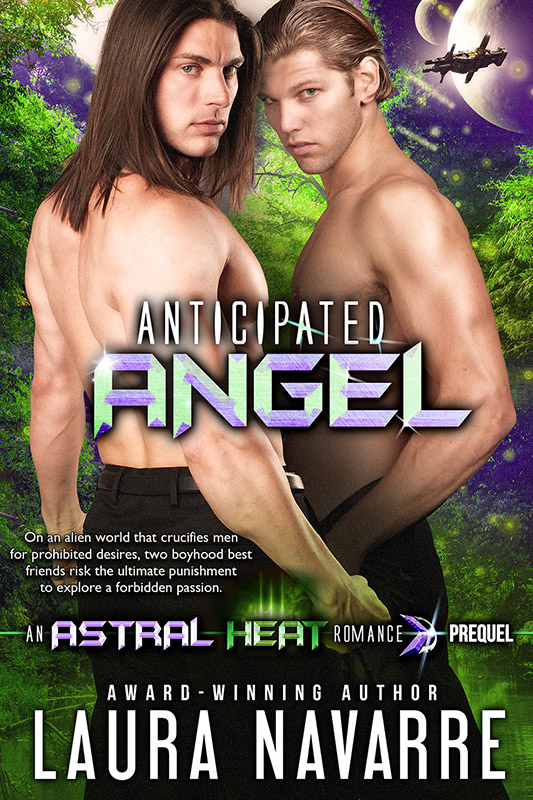 Get Anticipated Angel
Back to Reverse Harem Sci Fi Romance

On an alien world that crucifies men for prohibited desires, two boyhood best friends risk the ultimate punishment to explore a forbidden passion.

Nero: Dex Draven’s the most intimidating guy at our intergalactic next-gen leaders’ camp, and his psycho galactic tyrant of a dad has a crucifixion fetish. Our two races are deadly enemies, but Dex was my boyhood best friend. Suddenly this summer, he’s all grown up—and suddenly he can’t seem to stop staring at me. I don’t know whether to be more afraid that it’s all a figment of my telepathic imagination…or that every dangerous desire we’re forbidden to acknowledge is real.

Dex: I’m one combat-to-the-death away from the imperial army command I’m determined to achieve. All I need to do is keep my dick in my pants. Besides, Ben Nero’s the most gorgeous, most maddeningly unattainable, most sought-after guy at camp. There’s no way he’d ever look twice at a buttoned-tight, hypercompetitive, compulsive overachiever like me.

Until the night I blunder in on Nero in the shower. Which is a total catastrophic mistake. Now I’ve heard the way he sounds moaning my name, how in blazes do I resist him?

Because Ben Nero in close, the way I’m burning to do, means risking the ultimate punishment.

For both of us.